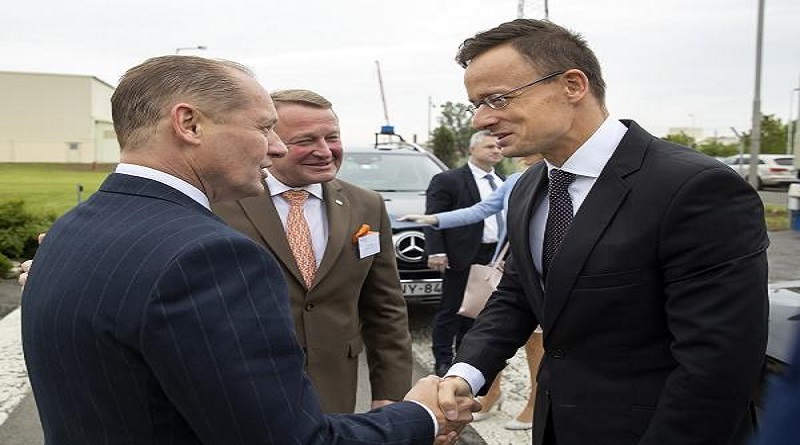 The rising demand for laminated glass is being driven by three long-term trends:

“At Guardian, we believe that the role of business is to help improve people’s lives.  Glass is fundamental to so many human needs. The desire for a comfortable living space with natural light will not be any different 50 years from now and the need to protect or preserve something while still being able to see it will not change either. This together with the conversion of more and more residential windows from double to triple glazing will result in an increase in glass demand across Europe in the next few years.” said Guus Boekhoudt, Vice President Guardian Glass, and Managing Director Guardian Europe s.à r.l. during the ceremony.

He adds: “We are well positioned to capture this growth through our strong European presence, the breadth of our portfolio and our business approach to create value for customers.”

The new fully automated line is already producing 150 truckloads of laminated glass per month, primarily for customers in Hungary, Romania and the Balkan countries.

The new line is also a logical continuation of a change initiated at the plant by Guardian Glass in 2016, which saw a switch from standard clear float glass production to Guardian’s higher light transmission alternative, Guardian ExtraClear®, to meet the increased need for more natural daylight in buildings.

In addition to the Orosháza plant, Guardian Glass operates facilities in Częstochowa, Poland; Thalheim, Germany; and Ryazan and Rostov, Russia, among its 10 European float plant locations.

You are invited to Join Guardian Glass Webinars