This article is dedicated to dynamic glazing in the façade. This is an update of the articles on smart products in the façade I and II published in March 2019 and May 2020.

This article is dedicated to dynamic glazing in the façade. This is an update of the articles on smart products in the façade I and II published in March 2019 and May 2020.

The focus will be on the following questions.

In the area of smart flat glass in the building skin, I am compiling an updated overview of suppliers of dynamic glazing, as well as attempting to calculate a theoretical market size.

According to Garnter, IDC and Co., the following IT trends must be taken into account:

Dynamic glazing is an IoT device connected via a 5G-network. The data is stored in the cloud and the glass can be darkened via voice command (Alexa, Siri et cetera).

The system of dynamic glazing constantly learns over time through the use of Artificial Intelligence (e.g. shading of bystanding buildings is taken into account) and finally the whole thing should also be and remain secure (security).

In my opinion, general IT-trends must not be neglected for dynamic glazing markets and will continue to improve due to technological progress.

1.2 Market development and the influence of COVID-19

Digital giants such as Amazon (Alexa, echo), Apple (Siri, HomeKit), Google (GoogleHome, nest) and Microsoft (Cortana) have entered the control of home technology and positioned themselves in the fast-growing smart home market. Depending on the study, turn overs in the smart home sector will increase by 13 up to 16 per cent per year in the period from 2017 to 2025.

As for the growth forecast for the next three years, IDC assumes an average annual growth rate of plus 16 per cent until 2024. The number of devices would accordingly rise from 110 in 2020 to 200.6 million in four years. Analysts predicts the greatest growth opportunities in the lighting sector, which is expected to grow by 45 per cent annually (source: itreseller.ch).

Compared to other sectors, the construction sector has not been as strongly affected by COVID-19. Construction activities remain at a high level, but the pandemic has had a partly negative impact on the supply of raw materials.

The triggered changes in the working world (home office, fewer travel) have made one’s own home more important, which I believe will have a positive effect on further market development in the smart home sector.

1.3 How big is the market for dynamic glazing?

As of May 2021, approximately 3‘000 projects with dynamic glazing have been carried out worldwide. Thus, it remains a small niche market compared to standard glazing. According to www.visiongain.com the global flat glass market has a size of approximately 120-125 billion USD per year.

The global market potential (for dynamic glazing) could be around 2 per cent in the long term, resulting in around 2.5 billion USD annually. But how large is the current market volume? Let’s assume that 300 projects were realised in the last twelve months with an average of 1‘000m² at a price of USD 700 per m² (price including: glass, software, electronics, assembly and commissioning).

Dynamic glazing is not only a product, but also a system that enables recurring revenues (e.g. maintenance) or product updates (an alarm function is also activated). In my opinion, recurring revenues and revenues from additional sales should also be included in the market volume analysis.

An estimate of the market volume remains difficult and the providers keep their sales figures under wraps.

Which major suppliers/market participants are on the market and how have they developed over the last 3 years?

SageGlass was founded in 1989 and operates worldwide. Saint-Gobain invested USD 80 million in 2010 and subsequently acquired 100% of the company in 2012.

SageGlass uses the Symphony™ system control, which is based on a commonly configurable system architecture. It can be used as a stand-alone solution or it can be integrated into a building management system.

The system intelligence is generated by SageGlass Maestro. Maestro uses a model-based prediction algorithm that takes various specifics into account.

Project-specific input data, as well as real-time readings from outdoor sensors are being used to automatically control the tinting of the windows. The data generated in the process is stored locally to maximise data availability.

With an update, the SageGlass glasses can be equipped with an alarm function.

SageGlass has already realised over 1000 projects in 27 different countries. The demographical focus lays primarily in Europe and this in the target audience of commercial buildings (objects from 10’000m²).

For example, SageGlass is currently building the world’s largest façade with smart/dynamic glass in India (18,580 m²).

View is on the move in North America, winning projects in office buildings, healthcare buildings, as well as airports. In Europe, View is still barely noticeable.

View Inc. launched the new product “View Immersive Experience” in 2021. Thereby, a window that is not only a window but also a (touch) screen at the same time. For instance, the technology allows, to hold online meetings or play videos directly on the window.

View Inc. states it has already equipped over 700 buildings with its smart glass.

View announced the completion of a SPAC IPO with CF Acquisition Corp II in March 2021 and has been trading on Nasdaq since 9th of March 2021 under the symbol VIEWW. The M&A transaction amounted to approximately 1.6 billion USD.

EControl-Glas is a German SME based in Vogtland, Saxony, which was founded in 2009. The Vogtlanders have managed to produce an electrochromic glass for applications in buildings, designed by the famous architect Libeskind (Leuphana Lüneburg), to office buildings, walk-on roof glazing and private conservatories, among others.

EControl-Glas was primarily (but not exclusively) active in Europe.

EControl-Glas has offered an improved solution with EC | SMART GLASS | 2 standard, including optimisation in the system control. The EC-SYSTEM control system is linked to the building management system and the generated data is transferred to the cloud.

The company from Vogtland has offered its services in the commercial and residential building sector. Smaller objects in the private sector has also been implemented. EControl-Glas has completed over 300 projects.

EControl-Glas filed for insolvency in March 2021 and now wants to reorganise the company. https://stapper.in/plauener-spezialist-econtrol-glas-in-der-insolvenz/

Halio is a joint venture between Kinestral Technologies (USA) and AGC (Japan), but GTOC, a subsidiary of Foxconn (China) is also involved through an in-kind contribution of 100 million USD.

Furthermore, the South Korean conglomerate SK Holdings invested an additional 100 million USD at the end of January 2019 together with the existing investors (Series D Funding). Halio is active worldwide.

Halio’s control system can be integrated into common building management or home automation systems. The solution can be operated by Amazon Alexa, Google Home and other voice controls. In addition to the façade product, Halio also offers an indoor solution. In April 2021, Halio announced a new partnership with Marvin (premium window manufacturer).

The partnership aims to bring smart glass into residential buildings.

Merck, the world’s largest producer of liquid crystals, has also entered the market for dynamic glazing and wants to participate in the growth of smart building technology. In its product “eyrise®”, liquid crystals are switched in the space between the panes.

Merck sells its products worldwide and has been able to acquire an exciting reference object in namely, an Oscar Niemeyer property in Leipzig.

The control of Merck eyrise® is KNX compatible and can therefore communicate with common building management systems, an interaction with e.g. heating, ventilation, cooling, light is possible. eyrise® is available in different shapes and colours and the switching speed (light-dark) demeanors 1 second. eyrise® does not include any darkening levels (e.g. from tint 1 – tint 4), but the states “light” or “dark”.

In 2021, the new product eyrise® i350 Invisible Privacy Glazing was launched. The transparent glass can be converted into a privacy screen by a touch on a button without obstructing the incidence of light. It is mainly used indoors.

Merck has entered into a strategic partnership with Guardian Glass. The aim of the alliance is to open up new market segments for adaptive façades.

BOE Technology Group, founded in 1993, has entered the smart windows business. BOE’s strategic business areas are: Interface Devices, Smart IoT Systems and Smart Medicine and Engineering. The “Smart Windows” product is advertised as a complete solution across all levels.

For example, the glass can be flexibly customised and integrated into different systems. According to BOE, the glass is ideal for applications in transport and smart buildings. Yet, reference projects have not been published.

1.5 How can I be successful in the market for dynamic glazing?

Of the market participants described above, View and SageGlass are the most successful ones. View in North America and SageGlass mainly in Europe. Both use electrochromic glass and coat using the sputtering process. They both produce in the US and have the largest production capacities.

This in turn requires sufficient liquidity/ca$h, which is now lacking at EControl but available at View (IPO USD 1.6 bn) and SageGlass (as part of Saint-Gobain).

In my opinion, the market remains a niche but is interesting overall. The market for dynamic glazing is exposed to other forces and behaves differently than the market for standard glazing. It primarily requires a different market approach on different stages of the entire supply & value chain.

I therefore conclude, that successful business models in the smart glass and smart building market are only possible as an ecosystem. 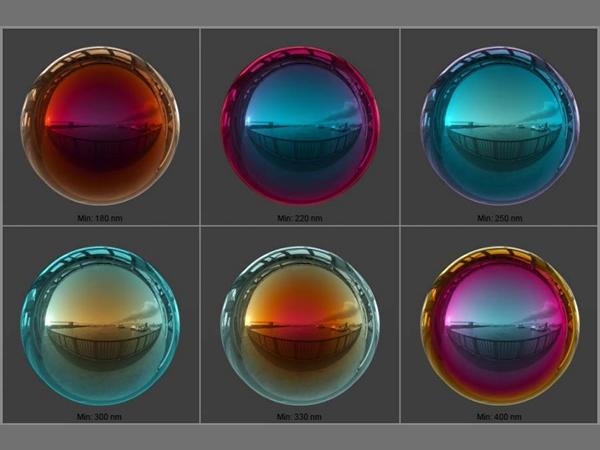 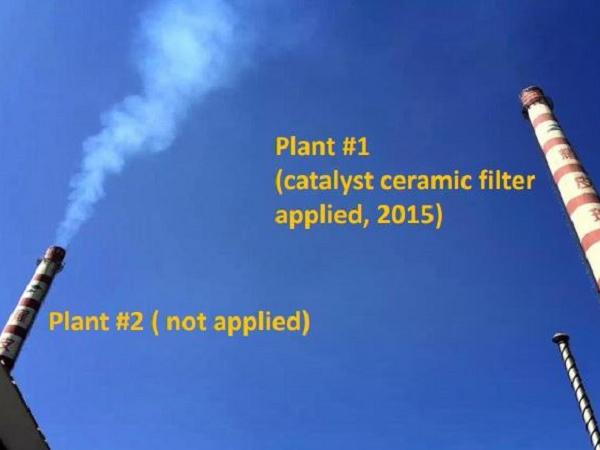