The striking base structure as well as the patients’ ward above it are fitted with triple insulating glass by Glas Trösch, which creates an ideal room climate. Inside, around 3.5 kilometres of glass partition walls and doors were used, which let in natural light while fulfilling functions such as fire protection, privacy and noise protection. In their design, the consultants at Silvia Gmür Reto Gmür Architekten are meeting the current demand of hospitals for consistent focus on people’s needs.

The history of the Solothurn Public Hospital goes back as far as the year 1418. The hospital was last housed in a typical concrete building erected in the 1970s. Having reached its capacity limits for quite some time, however, the hospital held an international architecture competition for a new building in 2008. The contest was won by Silvia Gmür Reto Gmür Architekten with their design for an L-shaped base structure surmounted by a six-storey high-rise building. This solution won over the competition jury not only from an operational standpoint, but also from an urban planning perspective.

Generous glazing in the public areas

The public, examination and treatment areas are located in the two-storey base structure. Here, the building is developed along the facades. This creates an area of around 5,700 square metres per floor which accommodates the medical departments. Bright corridors running on the perimeter allow patients, visitors and staff to view the surrounding landscape. With its scale-like structure, the facade helps create high quality amenities in every zone. Above all, the extensively glazed, eight-metre-high mullion and transom facade also contributes to this effect.

The triple glazing in the SILVERSTAR SUPERSELEKT 35/14 T execution supplied by Glas Trösch, which offers very efficient summer heat protection with a g-value of only 12 percent, ensures comfort inside the building. It was therefore possible to dispense with external shading, which gives the base structure a clear and distinctive appearance.

Ideal climate in the patient rooms

The patients’ ward marks the intersection of the two wings of the L-shape. Here, the facade has a more delicate appearance. The curtain-type shading system, which consists of 1,740 sculptural elements made of white concrete, has a particularly distinctive effect. The actual facade behind it consists of floor-to-ceiling full glazing. Here, too, triple insulating glass by Glas Trösch was selected, but with a different functionality than in the case of the base structure: SILVERSTAR COMBI Neutral 51/26 was used, which combines basic heat protection with very good thermal insulation. The latter is improved even further by an additional coating and thus achieves an extremely low Ug value of 0.51 W/m²K with an impressive 44.5 percent light transmission. All in all, this generates optimal conditions for the speedy recovery of the patients, who can enjoy remarkably good views of the countryside thanks to the high colour neutrality of the glass. The ensuing focus on the patient’s needs, called “Healing Architecture” by the architects, makes the architecture part of the therapy.

Inside the new building, partition walls from the Swiss specialist BlessArt were installed, which are fitted with SWISSDUREX tempered safety glass supplied by Glas Trösch. The 3.5 kilometres of partition walls and around 500 doors ensure that the rooms are flooded with natural light and meet a wide range of requirements: from a particularly high level of sound insulation in the sleep laboratory, effective radiation protection in radiology to reliable fire protection in the corridors. What all walls have in common is that they are particularly hygienic, robust and easy to care for by using glass as a material. They are also impressive in terms of design, because of their different print and paint finishes.

You may also be interested in reading
Seele: Largest all-glass structure in Canada

Solothurn Public Hospital was the first hospital in Switzerland to be certified according to the Minergie-ECO standard, which also explicitly takes into account the aspects of “daylight” and “indoor climate”. The glass solutions played a significant part in achieving this high building standard. The building won the prestigious “best architects award” in 2021. 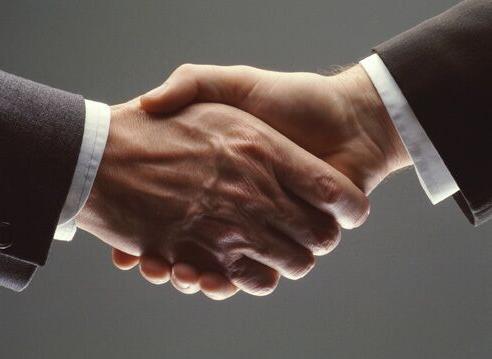 Continue with Facebook
Continue with Google
NGA Leads Architectural Glass Activities for the International Year of Glass 2022 in the U.S.
Many Projects, Expanded Team | Viprotron
Comment