Antonio Ortega, CEO of Turomas, Awarded as the Best Manager of Teruel by ADEA 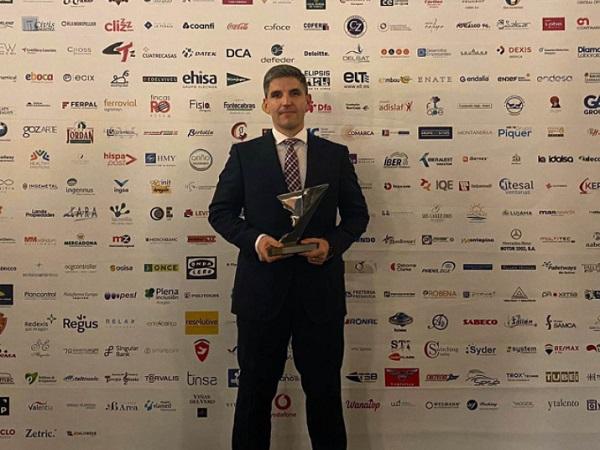 Antonio Ortega, CEO of Turomas won the award for the best manager in Teruel in the XII Edition of the ADEA Awards

The awards ceremony was held yesterday, Thursday, December 2nd, as a culmination of the XII Convention of Executives, which this year was entitled “Building the future”.

The ADEA Awards recognize the work of executives in each of the areas of activity of companies located in Aragon and are presented in eleven different categories.

Once the proposals have been collected from business associations, the media and ADEA members throughout the year, they are submitted to a vote by the ADEA Board of Directors, who select the three candidates in each of the categories, and then the ADEA Advisory Council, meeting before a notary public, votes for each of the award winners.

Antonio Ortega, CEO of Turomas shared the award with the 33 managers who opted for ADEA awards and especially with the two finalists, Albert Gil, manager of Frutos Secos Gil and Sergio Narro, general manager of Pretersa – Prenavisa, both are companies which are driving force of the economy of our region.

Antonio also wanted to make a special mention to his two teams: firstly to the 85 people who make up the TUROMAS team and who day after day struggle to carry out a high-tech project from Rubielos de Mora. And secondly with his family, his unconditional support at all times, those who help him overcome the difficult days and make him remember everything he is capable of.

From TUROMAS, we give him our most sincere congratulations. Congratulations Antonio for your daily work, your effort and your expertise which makes TUROMAS what it is today.