Bavelloni SpA finalized the acquisition of all (100%) of the shares of Glaston Mexico S.A. de C.V., a company of the Glaston Group.

Glaston Mexico, whose company name will become Bavelloni Mexico, is a business based in Guadalajara (Mexico) specializing in the sales and service of Bavelloni products and in the sales of Glaston HT machines.

The Company has been operating for more than 25 years, installing over 1000 machines in Mexico and other Central American countries.

The purchase of the Mexican subsidiary represents a milestone in Bavelloni’s strategic plan, as it will allow the direct management of both commercial and after-sales activities in a very important area of the world.

Bavelloni Mexico will continue to be managed by Matteo Gherseni who successfully ran the subsidiary over the last ten years.

At the same time as the acquisition, an agency contract was also finalized enabling Bavelloni Mexico to continue promoting Glaston HT products in Mexico and Central America as the Official Agent for the Finnish brand.

The collaboration between Glaston and Bavelloni will continue unchanged also in Italy, where Bavelloni SpA is Glaston Official Agent, as well as in Brazil and Singapore, where Glaston operates as Bavelloni Official Distributor.

Bavelloni SpA provides glass processing technology and services for the architectural, furniture and domestic appliance and solar industries. During over 70 years of operation, we have delivered more than 25.000 glass processing machines to more than 100 countries. Our extensive range includes CNC machines and technologies for cutting, edging, beveling, drilling/milling as well as spare parts for our machinery and a wide range of diamond and polishing tools. Since June 2019, Bavelloni SpA is the majority shareholder of Yalos Bavelloni, a company specialized in the production of high-end horizontal and vertical washing machines for flat glass that integrate and complement the Company’s offer. Our machines are available as standalone solutions as well as integrated lines. 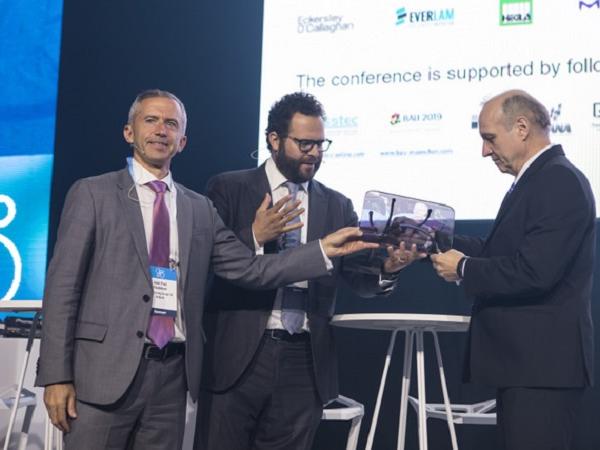