There it is again, that phrase that ends with 4.0. Do I have to pay attention to it even if my production is already largely automated? Or is it all just hype in the end?

One of the biggest differences between conventional production automation and Industry 4.0 is the enormous increase in intelligent communication – between machine and workpiece, human and machine, software and machine – and, of course between machine and machine. The entire value-creation chain is integrated into this complex data exchange in the world of Industry 4.0 and the “Internet of Things” – increasingly also in the flat glass industry.

If cutting systems and buffers, processing centers and modern production lines are connected to one another across the boards via software systems, sensors, actuators, and processors, then this extends far beyond what has been discussed thus far with regard to the keyword “automation.”

The quantity of data that is generated all the time and exchanged multiplies. Different communication systems grow quickly and complement one another. This way, purely barcode-based PDC (plant data collection), as is already standard in well-networked production environments in the flat glass industry, is enriched with machine data: electronic intelligence in tiny components connects the “real world made of steel” with the digital world. The share of data that is delivered by machines is increasingly rapidly and will initially supplement manual systems; in the long run, however, it will probably replace them.

Completely automatic online insulated glass production: different manufacturers’ machines, from cutting to shipping, are networked with A+W control software and communicate constantly with one another. Here, they generate valuable data that can be collected and evaluated.

Industry needs standardized data platforms that combine machine data with data from other sources and make it usable, whether for acquiring and evaluating information or optimizing production control and maintenance cycles. The better availability of real-time information thanks to the integration of different technologies produces highly dynamic production networks that are increasingly organizing themselves. In the process, none of these technologies is really new, however: Industry 4.0 is created by networking them with one another across the boards.

You may also be interested in reading
Panels, Roundtable, Interactive Workshops to Cover Range of Topics at FGIA Hybrid Annual Conference

Machines talk to one another

An example of the consistent aggregation and use of heterogeneous machine data is A+W IoT Smart Trace, a manufacturer-independent Industry 4.0 data platform. Companies can use this system in production to record, save, and collect data from various sensors, scanners, machines, and software systems in a common data container, and to evaluate it. For this, the information is enriched with metadata* and stored in central data storage. The result is a comprehensive information system for logging and real-time use of all communication in the production chain with regard to an order, a batch or an individual lite.

The communication networks in Industry 4.0 environments work with bidirectional interfaces that software providers create in cooperation with leading machine manufacturers. Information from state-of-the-art glass processing machines, which are equipped with electronic components throughout, is read out and checked constantly by intelligent software via such interfaces. With A+W systems, it is possible to set up an intelligent buffer at various points, an insulated glass line, an entire plant’s worth of nodes where evaluations are performed or commands can be sent to the machine as well as from machine to machine or from the machine to control dashboards and analysis tools. This makes production more efficient and provides valuable information that can be used by data platforms such as A+W IoT.

The crux here: ever more different production systems and software systems must communicate smoothly with one another. Custom interfaces are programmed for nearly every machine from each high-tech manufacturer, something that costs a lot of time and money. In any case, now leading manufacturers and software companies have joined forces in a VDMA working group in order to develop a common interface standard for the flat glass industry based on key OPC-UA (Open Platform Communication Unified Architecture) technology. This is a pleasing development that will give the project “Glass Industry 4.0” a powerful push forward.

Intelligent interfaces such as A+W CAM-DXF control a wide variety of processing machines; manufacturers and software companies are working on a common industry standard in a VDMA working group.

If everybody talks to everybody else, this applies to the whole value-creation chain. Of course market partners already communicate digitally, especially about ordering and delivery processes. But to what extent does this affect production-related flows? What do my customer’s or supplier’s production systems have to say to my machines, workpieces or computers?

Depending on the production, hardly any jumbo lite delivered is completely free of defects. 0.6 defects per stockplate – that’s the average. This results not just in material and process costs, but also increases energy consumption along the entire value-creation chain. Damage to high-quality function glass is especially annoying and expensive. It makes processors’ lives difficult and costs them a lot of money – the more the later the defects are discovered. Who likes to throw away a performance insulated glass lite because a defect was only discovered during final inspection or even after it has been installed by the end customer?

The good news: the float glass manufacturer knows where the annoying defects are, since for quality assurance, the float lites are already scanned precisely at the factory.

The information about the position of defects that cannot be eliminated at the float plant can be saved on the lite with a laser and thus transmitted to the customer. The laser code on the jumbo corresponds approximately to a sensor that communicates with its production environment.

What can the user do with this now?

He can save a lot of material if he uses software such as the A+W-Defect Optimizer. The task of such clever cutting optimizations is to optimize “around” known defects. Via an interface, the A+W Defect Optimizer takes over the defect information generated in the glassworks. The system detects the affected lites on the stockplate and considers the coordinates of the defects during a real-time re-optimization. The defects are placed in the waste area within seconds or, if this is not possible, shifted to the smallest possible lite.

Information about defects can be transported by the float manufacturer via interface with the stockplate and used by intelligent optimization systems such as the A+W Defect Optimizer to improve yield.

Remaining defects are marked and the affected lites placed in the breakage pool.

Tests have shown that with the A+W Defect Optimizer, the number of defective lites is reduced by 50% on average; the affected lite area by more than 70%.

Here we have a very complex exchange of information between workpiece, system technology, and optimization software, one that results in greater productivity, material yield, and quality – a great service of float manufacturers, who make this information available to their customers on the stockplate. The process described is more than automation as we already know it: only the intelligent networking and communication of the participating technologies make up a piece of Glass Industry 4.0. Most companies in the German flat glass industry have understood this and are making purposeful, careful investments.

*”generated and sent when, where, by whom, under what basic conditions; metadata can come from third-party sources or additional manual entry. 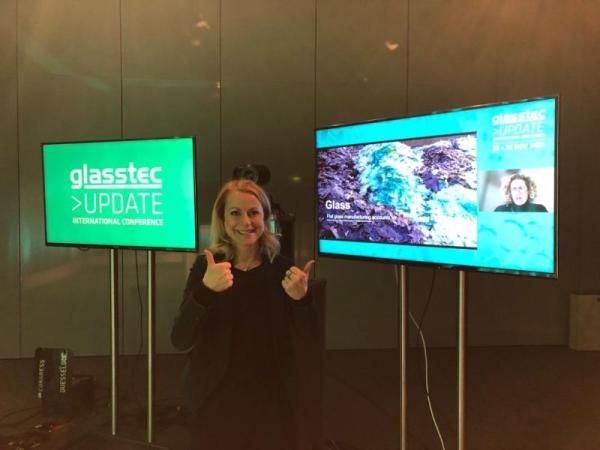 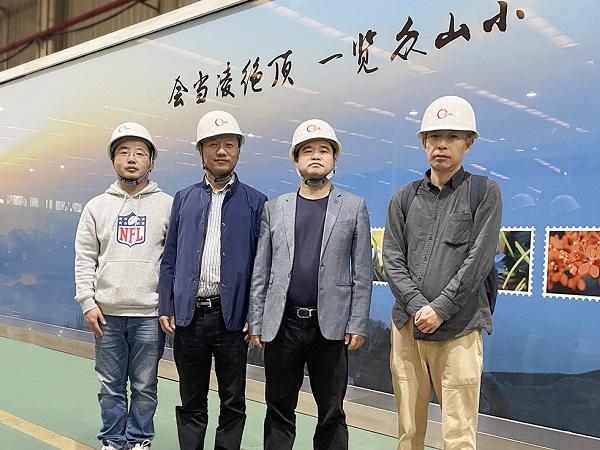 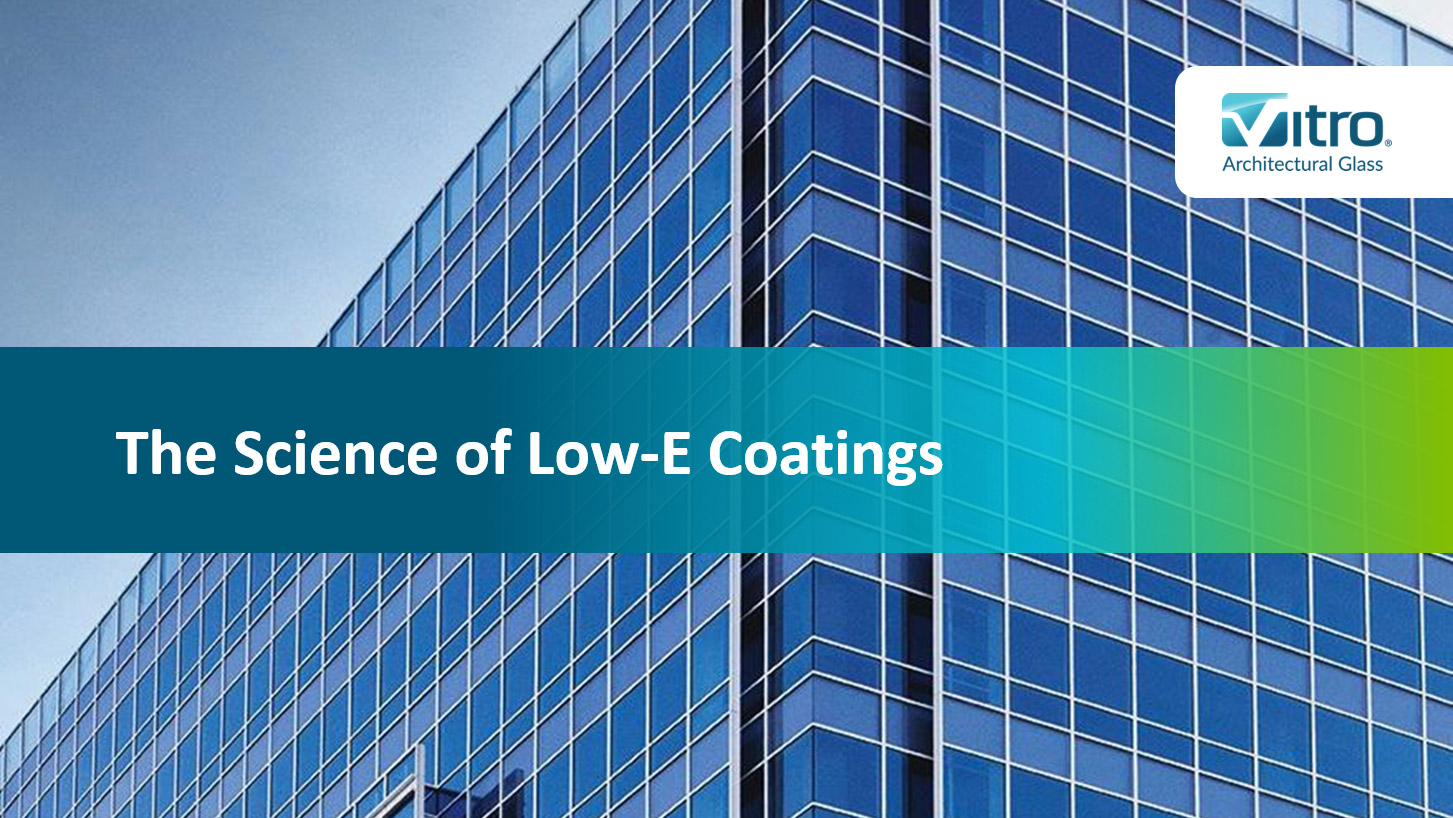 The Science of Low-E Coatings

Continue with Facebook
Continue with Google
Mappi: How to be a leader in Canadian glass industry? Discover the recipe of Lepage and Mappi
Bavelloni SPA signed an agreement for the acquisition of Glaston Mexico
Comment